What Is Satellite IoT? Closing Gaps in Global Connectivity

Quick definition: Satellite IoT uses satellite networks to facilitate global connectivity. It often relies on Low Earth Orbit (LEO) satellite networks, which offer high bandwidth and low latency but require a greater number of satellites to maintain coverage. Satellite IoT can be used as a standalone solution or a complement to “terrestrial networks” such as cellular connectivity.

According to some estimates, more than 6,000 satellites orbit the earth right now—around 3,000 of which are in LEO. Many of these satellites are owned by the same entities, enabling corporations and government agencies to network them together. While most people are familiar with satellite applications like GPS tracking, this technology has only recently been leveraged for other networking applications like Internet access.

Some have touted satellite IoT as a better global solution than cellular IoT since businesses can use a single provider... but you can already do that with cellular IoT, too. While many IoT businesses still work directly with traditional cellular carriers and wind up juggling multiple contracts, thousands have turned to all-in-one solutions like emnify, which gives you complete global coverage through a single contract.

So while being a single global solution isn’t an inherent advantage of satellite IoT, there are some good reasons to consider it for your application. But before we get into those, let’s talk about the types of Non-Terrestrial Networks (NTN) that make satellite IoT possible.

A satellite constellation is a group of artificial satellites working together as a system. These constellations can provide permanent or nearly global coverage depending on how many satellites there are and their position in relation to the earth. The bigger and denser the constellation, the closer it gets to providing real-time data.

Generally, there are three main types of satellite networks that can be leveraged for IoT connectivity: Low Earth Orbit (LEO), Medium Earth Orbit (MEO), and Geostationary (GEO). They’re characterized by orbital height, where they’re deployed, and ground coverage area. Some of these constellations are “stationary” (moving in sync with Earth’s equator), while others move across Earth.

3GPP Release 17 has specified the use of GEO and LEO satellites for NTN IoT connectivity.

LEO satellites have a smaller coverage area and circle Earth every 90 minutes, which means they’re available at the same location 16 times in every 24 hour period. This may only suffice for some IoT applications. For more frequent IoT service availability, providers have been creating constellations of numerous LEO satellites that work together with various ground stations.

Due to the lower orbital height, the latency of LEO satellites is about 10 milliseconds—more than 20-times lower than that of a GEO satellite.

What are the benefits of satellite IoT?

Satellite IoT offers a unique connectivity solution—it’s the only option where the infrastructure is in space, orbiting the earth. Depending on the orbit, the satellites may change position over time while maintaining the same general blanket coverage, or stay in the same position relative to the earth.

The three main reasons to consider satellite IoT are that it works in remote locations where there’s no other coverage, it can work as a backup when another solution has gaps in coverage, and it can extend the coverage of certain networks.

Keeps devices connected in locations with no terrestrial infrastructure

When you deploy in remote environments, your connectivity options become far more limited. While cellular networks are available worldwide, some deployments may be too isolated for even cellular coverage. In these cases, the alternative has traditionally been to build your own infrastructure on site—an expensive process that also requires you to maintain and secure the network yourself.

Satellite IoT is an excellent solution for these unique circumstances. Instead of taking the time to build, deploy, and maintain new infrastructure on site, you can simply connect to the infrastructure that’s already available in the sky.

Can close gaps in coverage from other solutions

At some point, we’ve all experienced poor connectivity in an area where we “have coverage.” In your home or office, there are locations where the wifi cuts out due to interference from walls and other obstructions. And at times, your cellular carrier may not have good service in a location where it should technically have coverage.

Cellular IoT providers like emnify help you work around this by automatically selecting the network with the best signal in your device’s location. However, even in countries with several networks to choose from, there will undoubtedly be gaps where no carrier has adequate coverage—such as sections of a long rural highway or remote locations like the middle of a forest.

In these situations, satellite IoT can serve as a quality backup solution to close gaps in coverage.

Satellite IoT isn’t only being implemented as a standalone solution. 3GPP, the global telecommunications standards body, has published 5G Release 17 that specifies how satellite communications could provide the necessary infrastructure to expand NB-IoT and eMTC (LTE-M) coverage via 5G non-terrestrial networks (NTN). In the future, we can expect to see satellites serve as the physical layer for a wider range of networking technologies, serving as alternative (or even primary) infrastructure for existing networks.

Use cases for satellite IoT

Proponents of satellite IoT will advocate for its use in a wide range of IoT applications. But for the near future at least, satellite IoT is ideal for a handful of specific applications where other solutions are more difficult to deploy. Here are some of the more compelling use cases for this connectivity solution.

There’s little network infrastructure available on the ocean. And the further you get from the coastline, the less accessible connectivity solutions become. For telematics applications where you may, for example, track shipping containers as they cross the oceans, need to recover lost or stolen vehicles, or warn vessels of emergency situations, satellite IoT may be the most viable choice. Telematics devices are often designed to be low power and don’t require a constant network connection, which further makes satellite IoT a strong option.

Oil rigs need to operate wherever the oil is—and that’s often not where the network infrastructure is. Some oil operations need to set up on the ocean, too far from cellular towers and other traditional connectivity solutions. With satellite IoT, it doesn’t matter if you apply on land or sea—the connectivity is the same, so long as the provider has enough satellites.

In remote mining areas there is either no public cellular network coverage, or only intermittent coverage available due to geographical conditions. This is exactly where non-terrestrial network connectivity solution via satellite is needed. When cellular land reception drops, or is not available, the IoT device uses the satellite network connection. Heavy equipment used in mining locations can stay connected for tracking location, remote maintenance and emergency alerts.

Building and construction projects can happen in all kinds of areas far away from any network infrastructure. Whether it is building rail lines, pipelines, roads and bridges - such temporary or moving remote construction sites, often don’t justify building private network infrastructure. For SCADA, environmental sensing and asset tracking applications satellite IoT connectivity is an ideal solution.

Cellular network coverage on roads and highways outside residential areas can be patchy or not even exist. For telematics applications that track vehicles, containers, or such that report the temperature of goods across shipping routes, satellite IoT connectivity provides the missing service link for low-powered telematics devices.

Satellites are already proving to be an excellent solution for extending cellular coverage. With the right technology, they can essentially function as cellular towers in space, creating a global grid of cellular coverage for particular network technologies.

In the near future, emnify will combine satellite IoT with our global cellular IoT coverage, giving our customers the best of both worlds. And it won’t require additional hardware to access our satellite connectivity. For more information about this development, talk to one of our IoT experts today.

Mike is a Lead Product Manager in mobile IoT and M2M software platforms and telecommunications services at emnify. If you want to know more about upcoming 3GPP compliant satellite IoT solutions and emnify initiatives, don’t hesitate to reach out to him.

Get in touch with us today 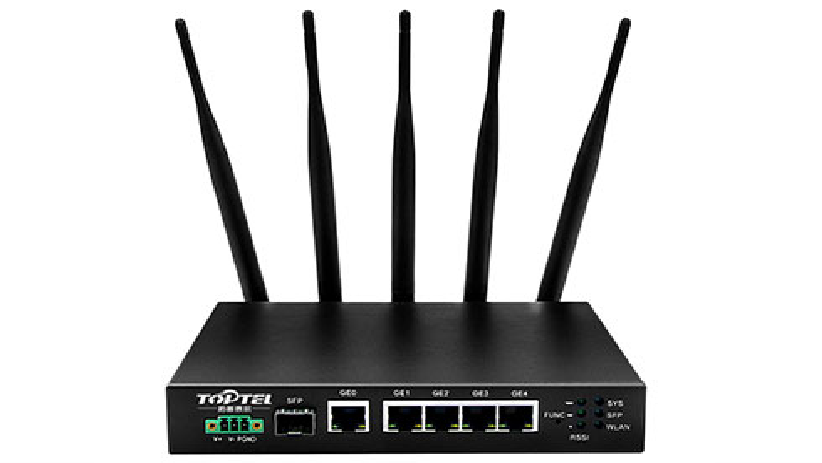 What Is an IoT Router?

How to Choose the Best IoT Router 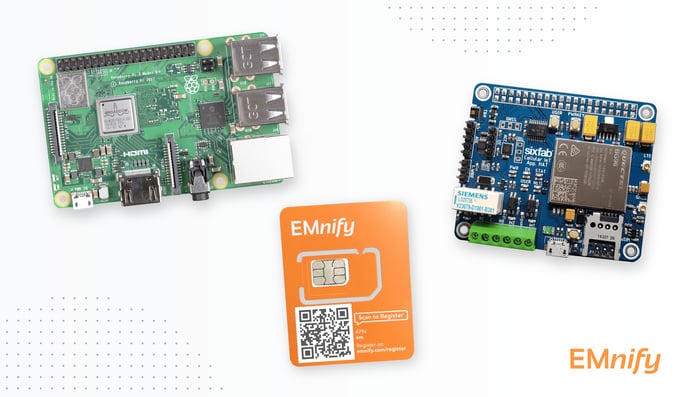 Create an IoT Gateway with EMnify, Raspberry Pi and Sixfab