Interested in learning what are the testing and certification requirements for cellular IoT devices? Join our upcoming webinar on October 1st at 4PM CET. 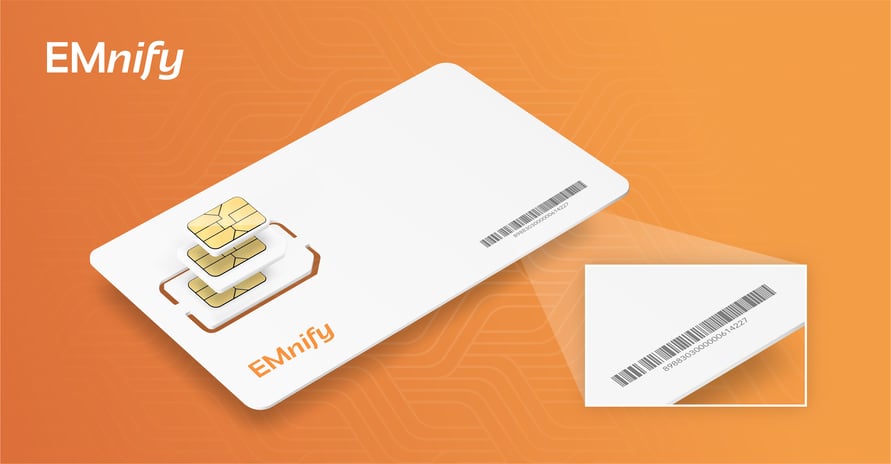 What is an ICCID number?

An ICCID number – what is it and how do I find it?

Each active SIM card has its own SIM card number, which can be used to assign and identify the card individually. Often these numbers are printed directly on the card or are at least recorded on the card carrier or on the enclosed letter. The technical term for this number is the ICCID. This should not be confused with the IMEI number. The latter is the mobile phone's identification number, while the ICCID is the number of the SIM card.

When communicating with the provider, the SIM card number is often important because it is the only information that refers to the actual SIM card. Especially if you use several prepaid cards as it is important to know which mobile phone card, for example, a cancellation relates to. Therefore, the ICCID is often also requested.

ICCID is required by mobile network operators to determine which network the subscriber should be connected to. It works like this:

What do the numbers within the ICCID mean and how do I find the number?

It is usually not a problem if your ICCID number is no longer available as you can easily query this number directly via the device. To do this, the SIM card whose number you want to query must be inserted.

Which mobile network identifiers are there besides the ICCID number?

In addition to the ICCID, there are additional network identifiers for a mobile network:

IMSI stands for "International Mobile Subscriber Identity" and is used for the unique identification of mobile subscribers. It is saved on the SIM card. The IMSI number is issued once to every SIM card inserted in a device. They can be used, for example, to create a movement profile of the participants. Mobile phone numbers and IMSI have nothing to do with each other.

The IMSI number has up to 15 digits and consists of three parts:

The International Mobile Station Equipment Identity, or IMEI for short, is one unique 15-digit serial number that can be used to uniquely identify each mobile radio terminal. You can learn more about the specifics of an IMEI in an separate blog dedicated to the topic.

The future of the ICCID... The E-SIM will cause disruption in the networking world

The future belongs to the “eSIM” cellular card. The "e" stands for "embedded" SIM, which means "permanently installed" or "embedded" in the device.

The eSIM has what it takes to revolutionize the mobile communications world. It creates completely new standards in terms of convenience and flexibility for the user. The successor to the previously known SIM card contains all the information about the customer's tariff world. At the end of last year, the mobile communications industry association GSMA published the final eSIM standard. Now it will not be long before the first standardized eSIM devices go to the market.

Gone are the days when you tried desperately to open the SIM card slot on your smartphone or tablet with a paper clip. The eSIM is permanently integrated into the device as a tiny chip, the user loads his SIM profile onto the device, activates it and off we go. With the eSIM, the customer is much more flexible and can connect to the network with his eSIM devices at any time – regardless of device type.

Simple solutions for the customer

Several profiles can be saved on the eSIM but only one can be actively used at a time. This means that number portability works as it does today – just more convenient and with just a few clicks. Of course, there will also be term contracts for subsidized devices in the future. Moreover, the customer can use their device with a different tariff or profile. If they want to pass their device on to someone else, they simply delete their eSIM profile and reactivate the device with a different contract.

There are many identifiers for cellular technology. Of course, these identifiers mainly do background work and do not necessarily have a direct benefit for the end user. However, such numbers are of great importance and understanding them is very useful.

Join our upcoming webinar to learn how to leverage
AWS and EMnify connectivity options!

With AWS and EMnify, you're set up for global growth, and you have the services
you need to focus on customer value rather than operations. 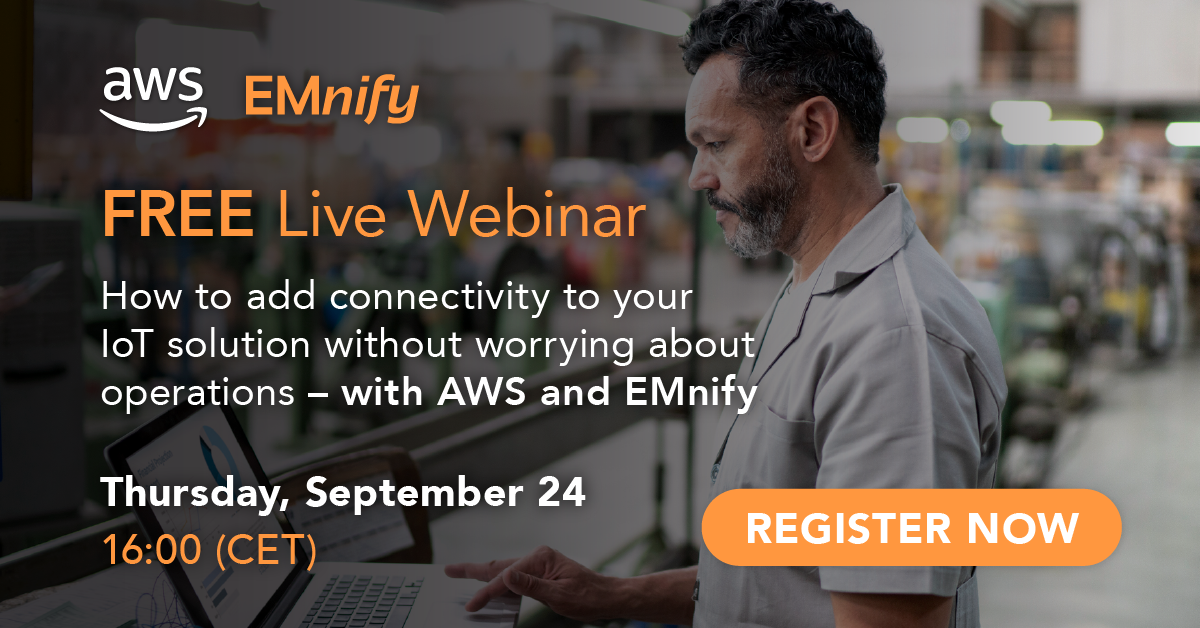