The Future of Connectivity: How IoT Is Evolving

In recent decades, connectivity has been transforming daily life and business operations in nearly every sector. Factories, hospitals, retail stores, media companies, farms, warehouses, schools, vehicles, and homes have increasingly relied on connected devices to transmit, display, and use information collected by sensors.

As the world discovers new ways to leverage connectivity, we’re often retrofitting old devices and making do with technology that was originally designed for other purposes—such as surfing the web on a computer, communicating via phone, or even delivering electricity over powerlines. Today’s ecosystem of connectivity is incredibly diverse, and businesses all over the world are benefitting from the automation, insights, and advanced capabilities that come from connected devices.

In this article, we’ll look at how the Internet of Things (IoT) is evolving to meet the challenges and opportunities of modern connectivity, looking at trends and recent developments to gauge what the future of connectivity looks like.

The future of connectivity

Right now, there are billions of IoT devices deployed around the world, and connectivity technology is racing to support rapidly growing demand for more devices, data speed, and power-saving capabilities. Here are some of the biggest developments we can expect to see in the near future of connectivity.

The fifth generation of cellular networks has already arrived—but its availability is extremely limited. 2G, 3G, and 4G networks have had decades to build up infrastructure all around the world but at the moment, 5G is predominantly available in large cities and in lower frequencies, and high speed 5G will take more time to have widespread availability.

5G offers significantly faster data speeds, higher bandwidth, lower latency, and more advanced capabilities. On average, 5G is five times faster than 4G, and it has the potential to be 100 times faster. Couple that with its lower latency, and 5G will be the connectivity solution of choice for self-driving cars, healthcare applications, and other time-sensitive processes.

Once cellular carriers build more infrastructure, 5G is expected to become the default for cellular IoT.

Every network uses particular frequency bands on the radio spectrum, and every device on the network has to share these bands. When there are too many devices too close together on the same band, transmissions to and from the devices can interfere with each other. Cellular carriers each have their own licensed frequencies to prevent interference from other networks, but some connectivity solutions, like WiFi and LoRaWAN networks, share the same bands (making them more prone to interference).

In the future, combatting signal interference is going to be a more significant challenge than it already is. Statista projects that there will be 75 billion IoT devices worldwide by 2025—several times more than we currently have.

Thankfully, the IoT industry is already working to solve this problem.

Right now, there are numerous ways to connect devices to each other, network applications, and servers—from familiar solutions like cellular, Bluetooth, and WiFi networks to more niche solutions like meter bus, Zigbee, and power line communication. Even within cellular networks, there are a surprising number of connectivity solutions, some of which are specially designed for IoT (NB-IoT and LTE-M).

Each of these solutions is best suited for different applications and the market for most of them is continuing to grow. But as technology adapts to the new ways and environments in which we rely on connected devices, we can expect that the number of ways to network them together will only continue to grow. The future of connected devices will involve an even wider range of connectivity solutions, creating complexity for IoT manufacturers and the businesses that rely on them.

Even now, cellular carriers worldwide are sunsetting their 2G and 3G networks. While many of today’s IoT devices rely on 2G and 3G connectivity, carriers are reallocating 2G and 3G bandwidth to increase the capacity of their newer cellular networks. It’s not great news if you’ve built your IoT business on this decades-old technology, but it’s a crucial step toward making 4G and 5G networks more accessible around the globe. And depending on where you deploy, these older networks may still be available for years.

On a similar note, some vendors are moving away from offering a wider variety of connectivity solutions and are instead opting to focus on the best options available. Bouygues Telecom, for example, shut down their LoRaWAN network in France and migrated customers to NB-IoT and LTE-M—cellular networks that use licensed bands and offer greater flexibility to their IoT customers.

To connect devices together, businesses need to either build their own network infrastructure or pay to use an existing one. Cellular networks are the most popular choice for IoT because there’s already cellular infrastructure all over the world. For businesses that need global connectivity, cellular is often the most scalable and accessible solution.

However, traditionally, to use a cellular network, you have a contract with a specific cellular provider who typically covers a single country. Through roaming agreements with “partner networks,” your device can access network infrastructure in other countries for a higher price. This puts global businesses in a difficult position, as they’d need multiple contracts with various cellular carriers to maintain service around the world. Even then, connected devices may suffer from dead spots or higher latency areas when they can’t switch between mobile network operators seamlessly.

Cellular connectivity providers like EMnify have filled this gap by establishing partnerships with hundreds of Mobile Network Operators (MNOs) in nearly 200 countries. This enables your devices to connect to cellular networks all over the world with a single IoT SIM card.

Still, there are some challenges for organizations that deploy globally. Some countries don’t allow SIMs to permanently roam, meaning they need to be associated with a specific MNO. And while a single SIM can connect to networks all over the world, it needs to be provisioned with new SIM profiles to do so. In IoT, this process can be time consuming and expensive, as it may require MNOs to build custom integrations between their business tools. However, recent developments in IoT (namely, the release of the eSIM) are making this simpler, and in the future we can expect devices to seamlessly and automatically transition between SIM profiles as manufacturers deploy their devices in new countries.

As eSIMs become the norm, businesses will be able to push new carrier profiles to their SIMs without needing to wait for costly integrations between carriers, making global deployments faster, easier, and more affordable.

Over the years, SIM cards have become smaller, more efficient, and more durable, giving manufacturers greater flexibility when designing their devices. The latest advance in SIM technology, the Integrated SIM (iSIM), isn’t just embedded in the device—it’s part of the System on Chip (SoC). These new SIMs have a dedicated Tamper-Resistant Element (TRE) space on the SoC.

In the future, device manufacturers will hardly have to give any thought at all to how their device’s connectivity solution will impact its design—they’ll simply be able to build the devices they imagine.

3GPP, the body of organizations that develop telecommunications standards, has released a standard for integrating Non-Terrestrial Networks (NTN) with NB-IoT modules. This enables IoT devices that use NB-IoT to switch to satellite communications when they don’t have cellular service. This innovation could help provide more reliable global connectivity for a specialized technology that currently has limited availability.

Shifting security from devices to networks

From the beginning, connected devices have been notoriously vulnerable to cyberattacks. Smaller devices in particular tend to have less data throughput and power, making it difficult to implement cybersecurity measures on the device itself—especially since these often have to be delivered via firmware updates. But new network technologies are starting to do more of the heavy lifting when it comes to security, such as IoT SAFE, which provisions authentication certificates on the SIM and allows devices to securely connect to cloud providers.

Every new connected device and new network technology introduces new risk to a business. So enterprises have understandably been cautious to do anything that might create new vulnerabilities. Connectivity solutions like private 4G and private 5G will give enterprises greater control of their network’s coverage, availability, and security.

With more than 1,800 customers deployed in over 140 countries and 10 million SIM cards being managed, EMnify is a world leader in cellular IoT connectivity. Our global IoT SIM cards enable your devices to connect to more than 540 networks in over 240 countries, and you’ll never have to swap SIM cards again. Our multilayered network security keeps your connections private and your transmissions secure. And with our robust connectivity platform, you can automate basic processes and integrate connectivity data with your other business applications. 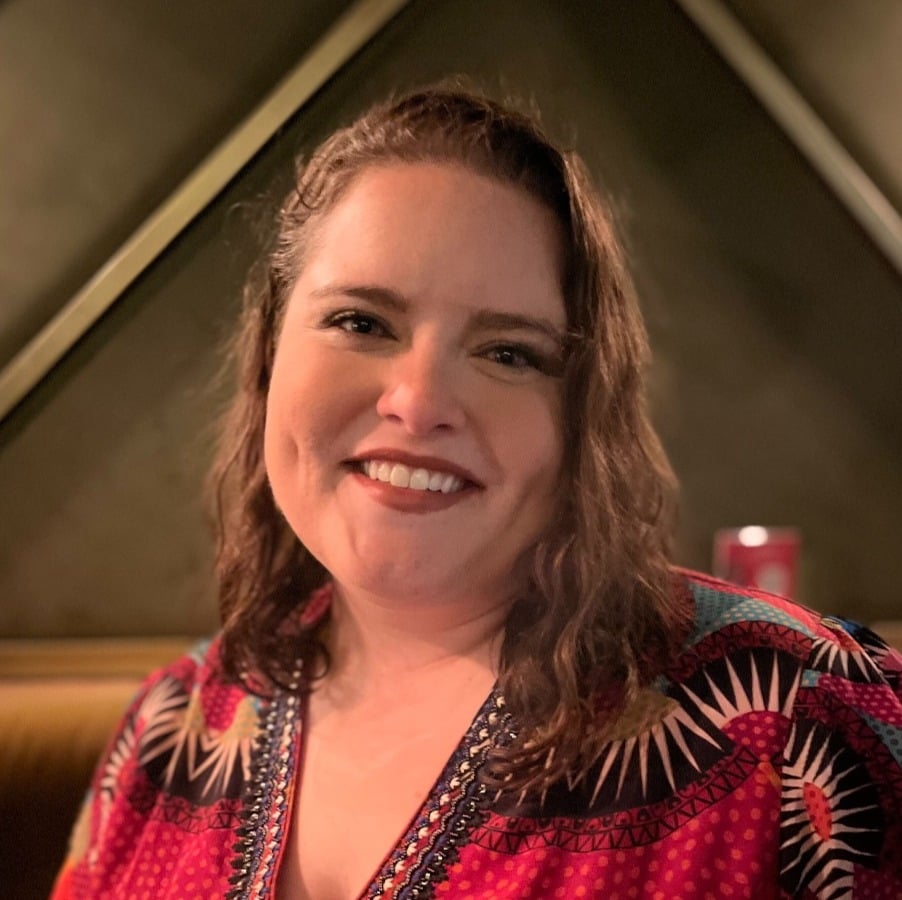 Shannon has over seven years of experience communicating with audiences on behalf of businesses. She is passionate about making complex, technical topics easy to understand for readers of all backgrounds. 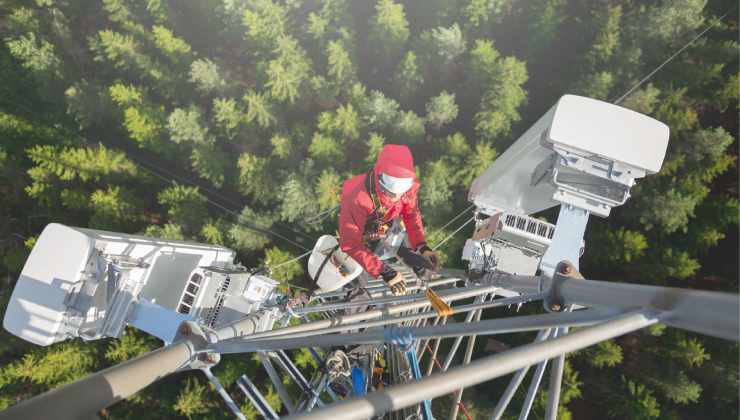