Smarter and Greener Pest Control with Cellular IoT and Futura

When you think of a business that uses IoT and cellular connectivity, it’s likely that you’ll have images of a company working with software, machinery and other technology forming in your head. It isn’t every day that you’ll think of an industry like pest control. But that’s the beauty of IoT – it’s enabling game-changing innovation across all kinds of businesses.

A company with high potential for success can usually be identified by the following criteria:

I met with Daniel and Tobias from Futura, a company based in Borchen, Germany that does just that. Futura is one of EMnify’s customers, and my visit served to get feedback and check out the great things they’re doing with our cellular connectivity products.

Futura as a spin off from Biotec Klute, a well-known name in the pest control market for the past 17 years. It’s not common knowledge, but the pest control market is huge – every business involved in the handling of consumables in the food industry are required by regulations to have traps for all kinds of vermin such as rats, mice, moths, and cockroaches.

In other words, every establishment that handles food, from restaurants to bakeries, to supermarkets, will have to consider pest control in their day-to-day operations. Market research valued pest control globally at $18.2 billion in 2017 and that figure is expected to increase by 50% to $27.6 billion by 2025.

Currently, most pest control involves traps used in combination with poison. The service technician of a pest control company deploys the traps and must check each and every one of them, weekly, for potentially caught vermin.

Imagine the number of people, and operational and financial resources required to check all traps! The catch rate is incredibly low, with less than 1 in 1,000 traps catching something in any given day – not a bad thing for the health and safety of patrons who consume the food, but still incredibly expensive for businesses.

Futura is digitizing their industry by providing smart traps and surveillance solutions with their eMitter products. The traps and surveillance systems are managed in a portal that utilize EMnify’s API so that technicians can view the locations where the devices are deployed, which ones are active and, when something has been caught, which trap got triggered by the catch. All while removing the need to physically inspect all the traps daily.

Aside from their running a smart business that leverages IoT and cellular connectivity, Futura is also a pioneer of several cool ideas. Their standard traps do not need any battery or power because all the energy, required to power the “connected” part of the device and send signals, is produced mechanically. An open trap relies on its tension to produce power to send a signal that the trap is active along with its location, while the energy generated from when a trap snaps is enough to send a signal that it caught something.

Futura is working on surveillance solution that leverages LPWAN / NB-IoT for insect detection (for dealing with moths and cockroaches), where the device sends an image of the bait area back to the servers several times a day. Using image recognition, Futura’s system looks for and tracks changes to identify if any parasites were caught and are present in the image. This allows technicians to be efficiently sent to the site on an as-needed basis.

Aside from the savings in manpower, electricity and resources, Futura’s solutions also address a larger environmental issue:

Futura’s smart trap solution does away with poison and conform to animal protection laws, while remaining the quickest and most humane way to detect and eliminate pests. Futura’s smart traps also are government approved, by conforming to animal welfare acts that specify traps need to be controlled daily so that trapped animals (including pests) do not suffer unnecessarily before death.

The possibilities of IoT in business use cases are endless. Futura and the pest control industry is just one example of how the introduction of cellular connectivity, to digitally transform a business in not just software but also hardware, can bring about a massive boost in operational efficiency and revenue potential, while reducing their environmental footprint and adhering to regulations. 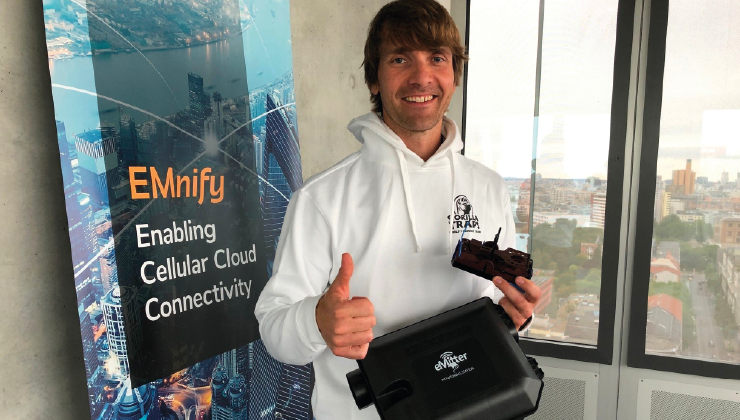