P2P IoT platform at a glance

Benefit from these key highlight features

P2P IoT works best when your customers need simple control over their devices, and when low latency and data consumption is critical. Using P2P SMS, your customers can use cellular devices to issue commands or retrieve information from your devices.

Lack of security has always been one of the drawbacks of P2P IoT, but emnify gives you tools to protect your P2P communications. Our multi-layered IoT security includes an SMS firewall, which lets you block inbound and/or outbound P2P SMS as needed.

emnify's platform combines P2P functionality with application-to-peer capabilities, letting you automate connectivity processes and send more transmissions to and from your devices as needed.

P2P IoT depends on cellular connectivity. With emnify's global IoT SIM cards, your devices can connect to more than 540 networks in over 180 countries—so wherever you deploy, you’ll always have the P2P SMS functionality you need. 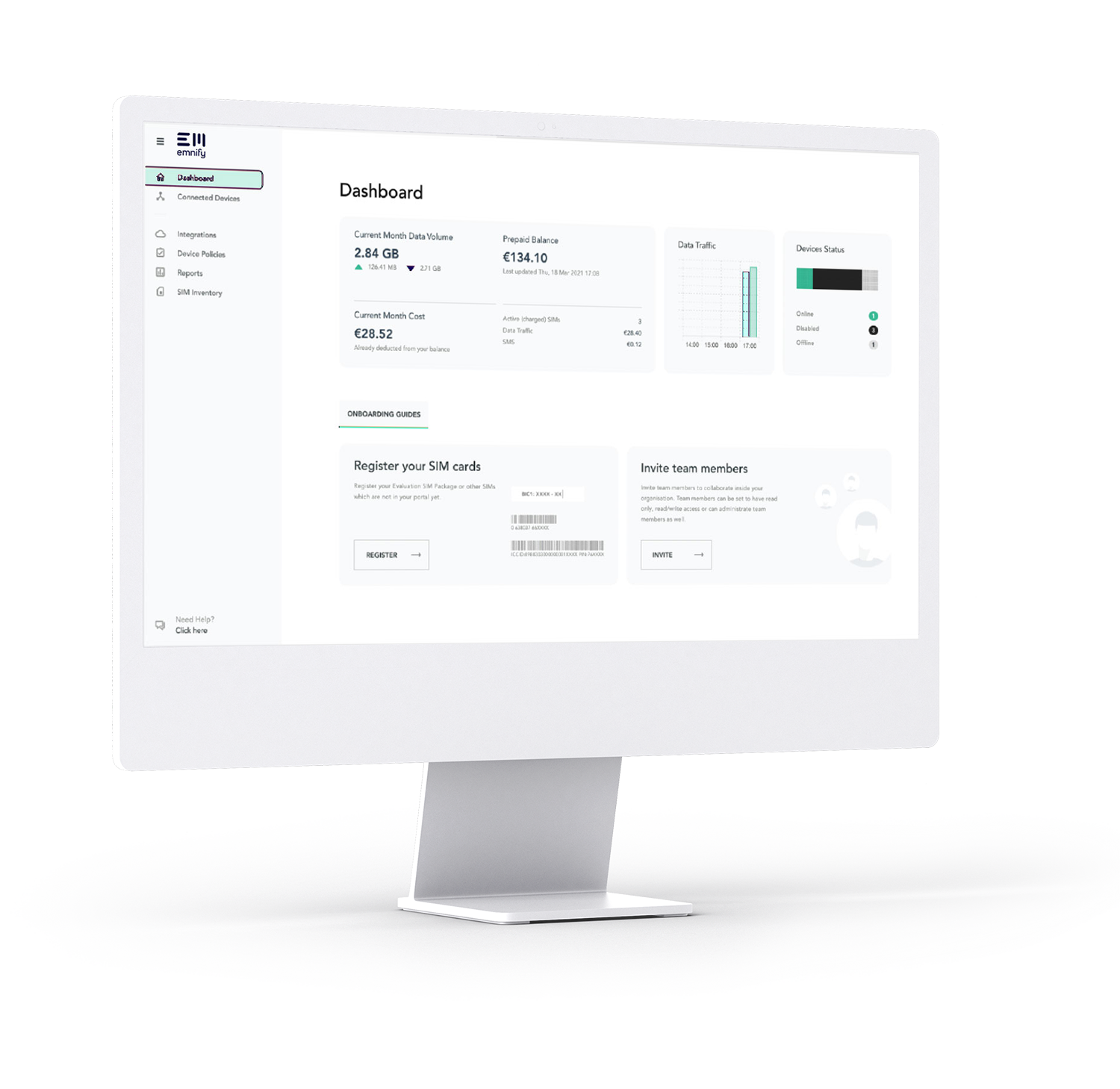 60 days, all features, one platform

Get a free test-kit, including SIM card, pre-paid-plan and a 60-days trial period!

P2P IoT is technically “peer-to-peer Internet of Things,” but it specifically refers to using SMS—short-message services, or text messages—to transmit data to and from a device. To put it simply, it’s controlling devices with text messages.

P2P IoT works by programming a device with commands which someone can send from another device, such as a smartphone, via SMS. Using the device’s MSISDN (which is essentially its phone number), the end user types a valid command in a text message and sends it directly to the device. When the device receives the command, it triggers the preprogrammed action, such as adjusting an actuator or changing configuration settings. This all relies on cellular networks, but notably, it’s basic enough to work on any cellular network, including 2G. This accessibility makes it especially appealing, despite its inherent limitations and vulnerabilities.

Several aspects of P2P IoT make it less versatile than A2P. For one, it’s quite risky, since anyone with the correct MSISDN can issue commands to the device, and there’s no built-in authentication process. Many of the horror stories of IoT security have involved connected devices that rely on P2P. But it’s also not suitable for applications where a device needs to update, interact, or transmit frequently, because you can only send six SMS per minute to a device via P2P SMS. You also can’t automate devices that solely use P2P SMS. At scale it simply isn’t feasible to manually interact with thousands of devices.

P2P IoT works well for situations where you need fast, convenient control over a device. Many home IoT devices use P2P SMS, as well as smart buildings like offices. Smoke detectors, security cameras, and other devices that need to send notifications to the end user will often use P2P SMS. While its low latency can make it appealing for industrial applications like factories or hospital equipment, its security weaknesses make it more of a liability than an asset in these applications.

P2P is peer-to-peer, or device-to-device, communication. A2P is application-to-peer—meaning you’re exchanging data between a device and an application, such as EMnify’s connectivity management portal. With P2P, one specific device interacts with another specific device. A2P lets you interact with a device through the application, which you can access from multiple devices. A2P SMS can be automated, enabling you to interact with your devices at scale. It also tracks messages, letting you see when a message has been delivered. Have a different question about how P2P or A2P will work for your IoT application? Talk to one of our experts today!

Find out how you can benefit from IoT Connectivity.

Talk to our experts!

Technology that enables devices to connect and communicate at scale.

More about global M2M Connectivity for you

Best coverage in 180+ countries with a global SIM card