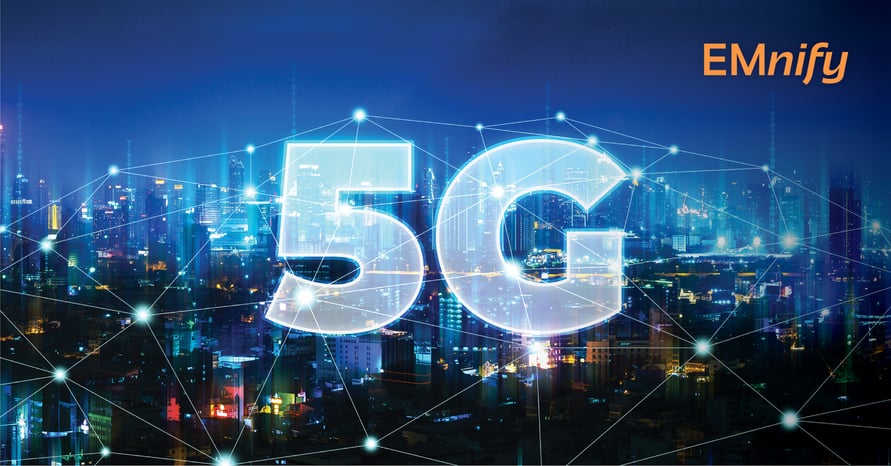 5G will radically change the way our world networks. It won’t be long before worldwide society will have to adapt to the new way of technological life - across industries, markets and regions. This new technology standard promises much more than just further developments of existing mobile communication technologies. Comprehensive changes in digitalization, society and the economy will take place in almost all areas of life. So far, the primary aim has been to expand the infrastructural conditions of conventional networks across the board, in order to ensure network availability for almost all mobile devices. In the coming years, in addition to the continued networking within the 5G IoT, the focus will be on meeting the growing needs of the networked society even more optimally than before.

The global data volume is increasing continuously, making 5G indispensable. Due to this enormous growth in data, the result in the medium term is that the existing technologies will no longer meet the requirements of the IoT world. Germany is a good example of the development of data volumes. In 2017, the country reached a data volume of one billion gigabytes – already double what it was in 2015. Based on findings such as these, experts estimate that by 2020 the number of things connected worldwide will be between 50 and 500 billion. This presents enormous potential for our global economy because it demonstrates the necessity of 5G networks: such a high data volume in combination with the number of IoT devices and the individual needs regarding IoT networks is only possible with the help of 5G.

Why is 5G predestined for the Internet of Things?

Thanks to the so-called "3G" cellular standard, using mobile data with a cell phone was made possible, as 3G was the main driver to produce smartphones at the time. The fourth generation of mobile network standards was created some time later. Thanks to "LTE", the data transfer rates have increased massively. Up until today LTE is the most popular and most-used network. Speeds of up to 100 megabits per second are no problem for the network and are already a reality in many areas of the economy and society. It is even possible to modify the LTE bandwidths to ultimately reach download speeds of up to 4000 megabits per second. Looking to the future, however, LTE will not suffice to meet the standards and expectations of new technologies. LTE was primarily designed and optimized for use on smartphones, whereas 5G will be the mobile standard for all connected Things.

5G IoT reaches new dimensions in all aspects. The data throughput in the new network should reach up to 20 gigabits per second and allow shorter response times. As a piquant comparison, the first cell phone with 1G network connectivity is eight million times less than a 5G network. With 5G, it will also be possible to transmit data in real time. This means that 100 billion mobile devices around the world would be accessible at the same time. In other words, a connection density of approximately one million devices per square kilometer. At the same time, the new technology brings an increase in the relative movement speed. This means that connection quality will be much more stable up to a speed of 500 kilometers per hour, which will bring enormous benefits, especially for rail travelers. Regardless of smartphones, increasing amounts of data are inevitable in other areas of application. The numbers don't just sound huge, they are huge. For these reasons and many others, 5G IoT will become the new key technology of connectivity.

5G's areas of application are diverse and innovative

In addition to the Internet of Things, Industry 4.0, for example, will also benefit massively from 5G technology. The continuous data exchange between machines, systems, robots and people will become an integral part of industrial production. The number of connected devices and parts will increase enormously. For example, the control units of industrial robots are addressed in real time – and error probabilities are ultimately reducible to a minimum. For example, the driverless courier service would therefore be able to always pick up the materials on time at the loading and unloading points of the machines. There are numerous examples in the industry to show how 5G can be used to optimize operational processes. The new technologies give rise to opportunities and ideas that nobody had thought of, because they were not technically possible before.

These ideas and opportunities are also adapting to other economic sectors, regardless of industry. For example, agriculture with so-called smart farming. Thanks to digital use, data and insights regarding animal health, where weeds or pests are, or what the moisture in the soil is like are all possible. Such intelligent networks will multiply and mature in the future. With 5G IoT connectivity, smart farming creates something that conventional agriculture has not yet been able to do: It creates a greater degree of ecology while increasing efficiency in food production.

5G will massively drive connectivity in the digitalization environment

The digital transformation in the area of ​​network connectivity is already becoming apparent and the potential is clearly defined. Based on the impressive numbers regarding bandwidth or device density within a 5G network, there is the impression that the connectivity exploits its maximum potential. A well-functioning connectivity is the most important basis for setting up IoT networks, whether in a small or large style. Thanks to 5G technology, there are also ideas, methods and measures for the whole world that perhaps no one has thought of before. It could be that thanks to 5G connectivity, numerous new business ideas are brought to the market that continue to revolutionize our digital world. It remains to be seen when the 5G technology will reach market maturity. But one thing is certain: the technology works and the world is ready for another giant leap within the digital future.

What can your connectivity provider do to ensure your IoT device security?

Check out our Guide for Cellular IoT Securityfor 25+ best practices
to ensure a secure IoT solutionfor your business.